The Tarot Restless is back with a vengence! This new third edition from Chicago based artist Winslow Dumaine contains 100 cards, in lieu of the 78 cards of former editions. Many cards have also been redrawn with this edition. The companion sci fi novel guidebook has also become longer & updated to fit Winslow's deck universe.

The Tarot Restless is a unique tarot deck set within a morbid fantasy universe in the midst of a cosmic infertility apocalypse. The deck consists of 100 hand-drawn illustrations printed on silver-gilded cards, packaged in a rigid two-part box. The accompanying text, Restless Meditations, includes a short story, new interpretations, and new functions for each card. The deck takes inspiration from numerous sources, most notably H.P. Lovecraft, extreme metal music, video games like Dark Souls and Silent Hill, as well as the work of Zdzisław Beksinski. While the first two editions of the deck have sold out, the third edition includes dozens of new cards, refreshed artwork, a fully rewritten guidebook, and more.

The goal of this work is to help guide people through traumatic experiences so that they can use their pain to foster new growth. Suffering is a part of life - with this work, I hope you use your pain to create new strength.

Praise for The Tarot Restless:

“EACH CARD LOOKS LIKE SOMEONE (OR THING) THAT WOULD FIT RIGHT INTO A [DARK] SOULS GAME”- PCGAMER.COM

“AS SCARY AS THIS DECK MIGHT SEEM, THE SCARIEST PART IS THAT IT FORCES YOU TO LOOK INSIDE YOURSELF.DO YOU NEED THIS DECK? YES.”- TAROT READINGS FROM A BITCH

“I LOVE IT WHEN YOU CAN TELL AN ARTIST KNOWS THEIR SHIT...IT'S NOT JUST PRETTY ARTWORK TO SELL A DECK. THERE IS SO MUCH TASTY INTENTION BEHIND EACH CARD.” - TREE TALKER ART 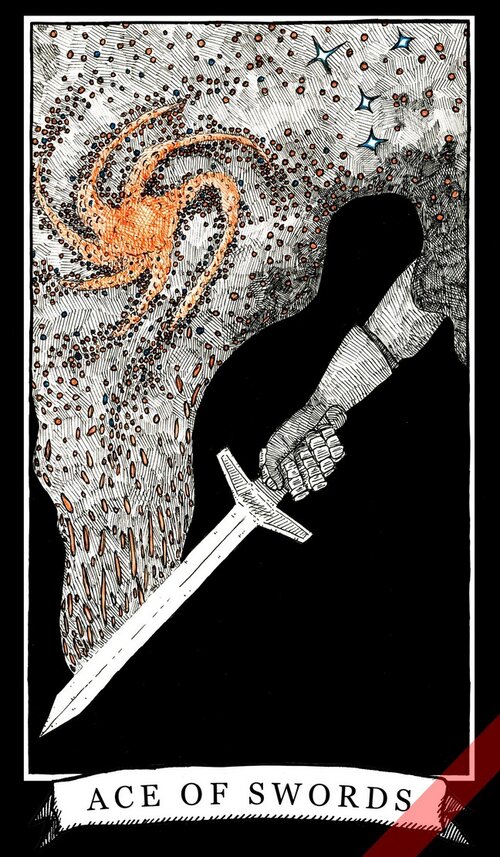 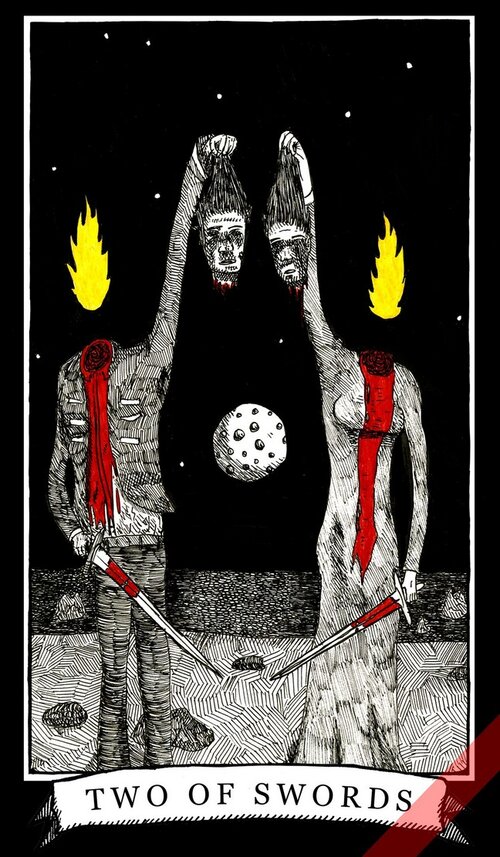